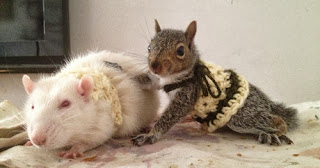 Fall is here, and it is time to unpack all those long sleeve shirts and sweaters.

Polar Bear has his own custom-made winter attire in a shoe box I pulled down. He has gained so much weight, the yellow vest I made him last year was the only one that fit. Even it looks too short.

Let's be honest, Polar Bear doesn't really need winter attire, but he does like the attention. Even people who are terrified of ...ehum... bears, are downright friendly if they see him in a scarf and sweater. Once an old lady said, "I have never seen such a small dog!" And she never will again, I bet.

They say the clothes make the man.

In this pic Theodore is sporting one of Polar Bear's old sweaters circa 2011. I don't intend on taking him on any outings, but I was amused to no end by the fact that he fit in the sweaters.

Next month is October. I might make him a superhero vest for Halloween, if he has not grown up and moved out by then (even the thought makes me sentimental). 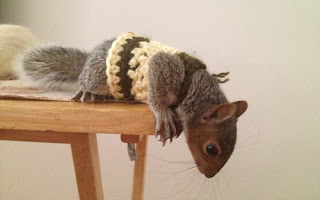 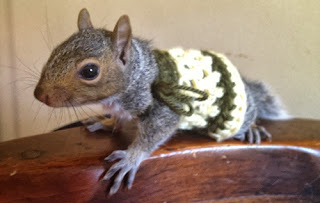 Polar Bear is going to be superman with a blue vest and a red cape. The trick or treaters are going to love that.

I know what you are wondering.

He was dressed as a cat last year. 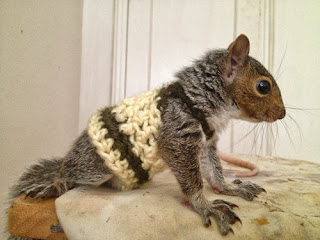